Ed and Kathy Suddeth were hanging out together at their home in Sonora, California, last week when someone very unexpected suddenly burst through their front door.

“The homeowners’ door was open but they had a screen door,” Sgt. Andrea Benson, a public information officer with the Tuolumne County Sheriff’s Office, told The Dodo. “He ran through it.”

Within seconds, the Suddeths were face-to-face with a mountain lion right in the middle of their living room — and neither the mountain lion nor the couple knew quite what to do next.

It’s possible the mountain lion had been chasing something outside and then accidentally crashed through the couple’s screen door. He seemed even more bewildered than they were and quickly tried to get back outside — but got confused and ended up taking cover in the bathroom instead. 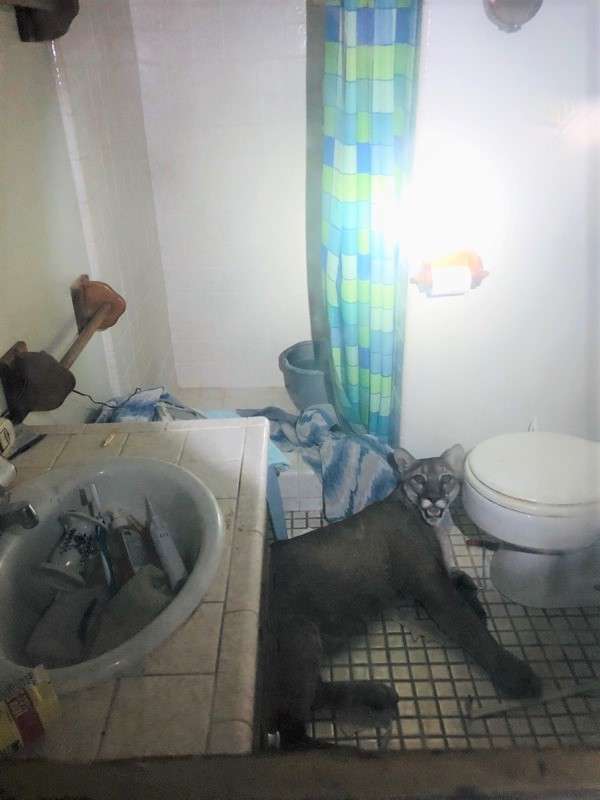 With a mountain lion suddenly camped out in their bathroom, the Suddeths contacted the Tuolumne County Sheriff’s Office in hopes that they could help and, together with the California Department of Fish and Wildlife, officers headed out to the couple’s home to confront the furry intruder.

The couple had managed to close the bathroom door to give the mountain lion some space and time to calm down. The officers assessed the situation and quickly came up with a plan to get the mountain lion out of the house and back into the wild where he belonged.

“A ladder was placed against the outside of the home,” Benson said. “With the homeowners’ permission, the second-story bathroom window was broken. Deputies and Fish and Wildlife Officers pounded on the side of the house and pointed their flashlight at the window to show the mountain lion that was the way out.” 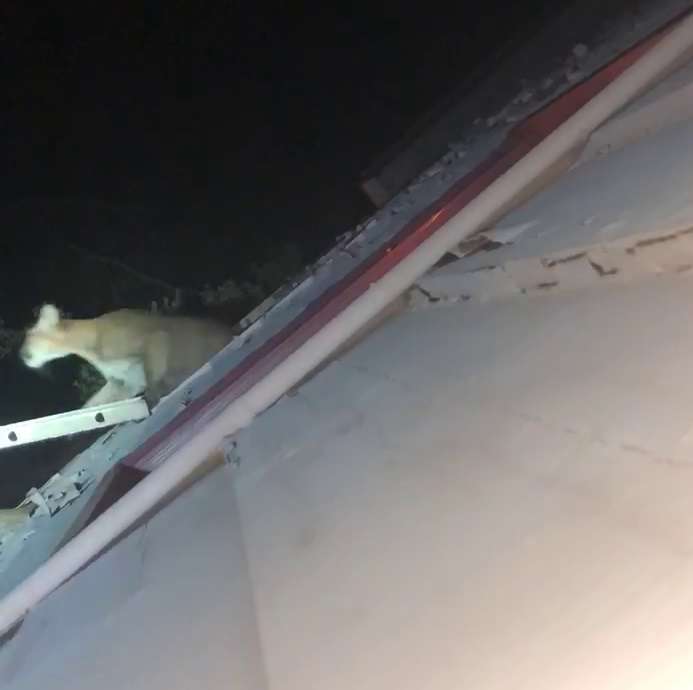 After a few minutes, the mountain lion bounded out the window and down the ladder, and made it back onto the ground safely. He then quickly ran away, probably a little embarrassed about his accidental home invasion.

“He did get a stern warning about the break-in before being released,” the Tuolumne County Sheriff’s Office joked on their Facebook page.